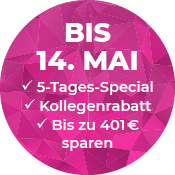 Sebastian Meyen is Chief Content Officer at S&S Media. He has been actively involved with the IT industry for more than ten years. As a journalist, he is constantly in touch with thought leaders in software development and architecture. He is editor in chief of the German speaking Java Magazin and program chair of the JAX conferences since 2001. Prior to joining S&S Media, he studied philosophy and anthropology in Frankfurt, Germany.